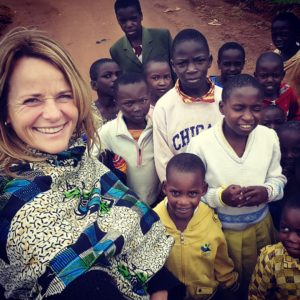 I am Monique Derrez - I used to be a physiotherapist and now I solely work for Dutch Tanzania Foundation.

In 2008 I lost my heart to the people in Tanzania. It was the first time I was sent out by the Belgium organization ‘Artsen Zonder Vakantie’ (AZV / i.e. Doctors Without Vacation) to work voluntarily as physiotherapist in Mt. Joseph Hospital, a mission hospital in the village of Peramiho, South-Tanzania.

From 2008 up until 2010 I was sent out on a yearly basis by AZV. During these missions I primarily aimed at transferring knowledge to the local physiotherapists, teaching the hospital staff, giving lessons at the nurse’s training course and being active in the field of policy.

Cuttings in health care made me quit my job as a physiotherapist in 2006. I took a job with the municipality of Weert. In 2018 I changed course once more: I quit my job with this local government. Instead of chairperson I became project leader of our project ‘Watoto kwanza’ (Swahili for ‘Children First’). The project aims at realizing a change from institutionalizing children in orphanages to a Family Based Care model: from ‘orphan home’ to ‘family home’. Read more on this project.

In 2019 I swopped roles again from project leader to honorary chairperson. We also changed the name to a more international one: Dutch Tanzania Foundation.

I adhere Gandhi’s motto: “You must be the change you wish to see in the world.”. Will you help us? 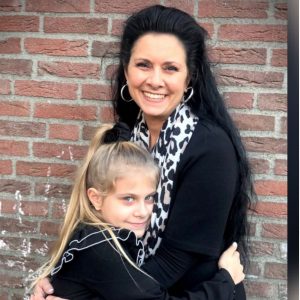 My name is Nini Bos. I live in Weert together with Peter Paul Bos and our beautiful daughter Lizzy. I was born in Paterswolde, a village in the North of the Netherlands. Before my first birthday our family moved to Curacao. When I was ten we moved to Transkei, South-Africa – then my love for this beautiful continent came into being. At the age of 16 we moved back to the Netherlands and via Eindhoven we finally settled in Weert.

The things that give me energy are my family, organizing and actually doing activities, my volunteer work and my job at the municipality of Cranendonck. The things that motivate me are being of significance to somebody, doing something that really matters and making a difference in someone’s life.

Monique and I met a couple of years ago in our jobs at the municipality of Weert respectively Cranendonck. We live in the same neighbourhood. On top of that Monique volunteers at Lizzy’s school. When the foundation was looking for a board member I readily offered my services.

I gladly dedicate my talents to seeing children grow up in a family. 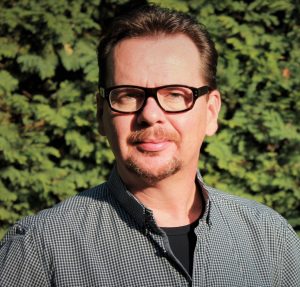 I am Ralf Driessens, born and bred in Weert, living together and father of a beautiful daughter. I am a bon vivant, socially aware, and people person. My work experience stems from different lines of businesses. My career went from transport of passengers to media to Senior Consultant for a technical agency. My passion is directing and producing media productions. From 1985 onwards, I have been associated with the ‘Stichting Sint Nicolaas Weert’. I was a member of the board and vice-chairperson, amongst others.

In the Netherlands we have the largest number of foundations and associations of the world. Dutch people are generous. If they think that something is worthwhile, they set up a foundation and raise money to its cause. Just like Monique did. I have known her and her foundation for a number of years now. She stands out as an enthusiastic and unselfish person. I am also impressed by her dedication. That is the reason why I want to participate.

At first the foundation was dedicated to give children in Tanzanian orphanages a better and healthier life. The subsequent transition to both a different body of thought and a new, more international name for the foundation shows a huge advancing understanding. The guts to operate countercyclical to social trend and to give in to changes in international social understanding strengthens the Dutch Tanzania Foundation.